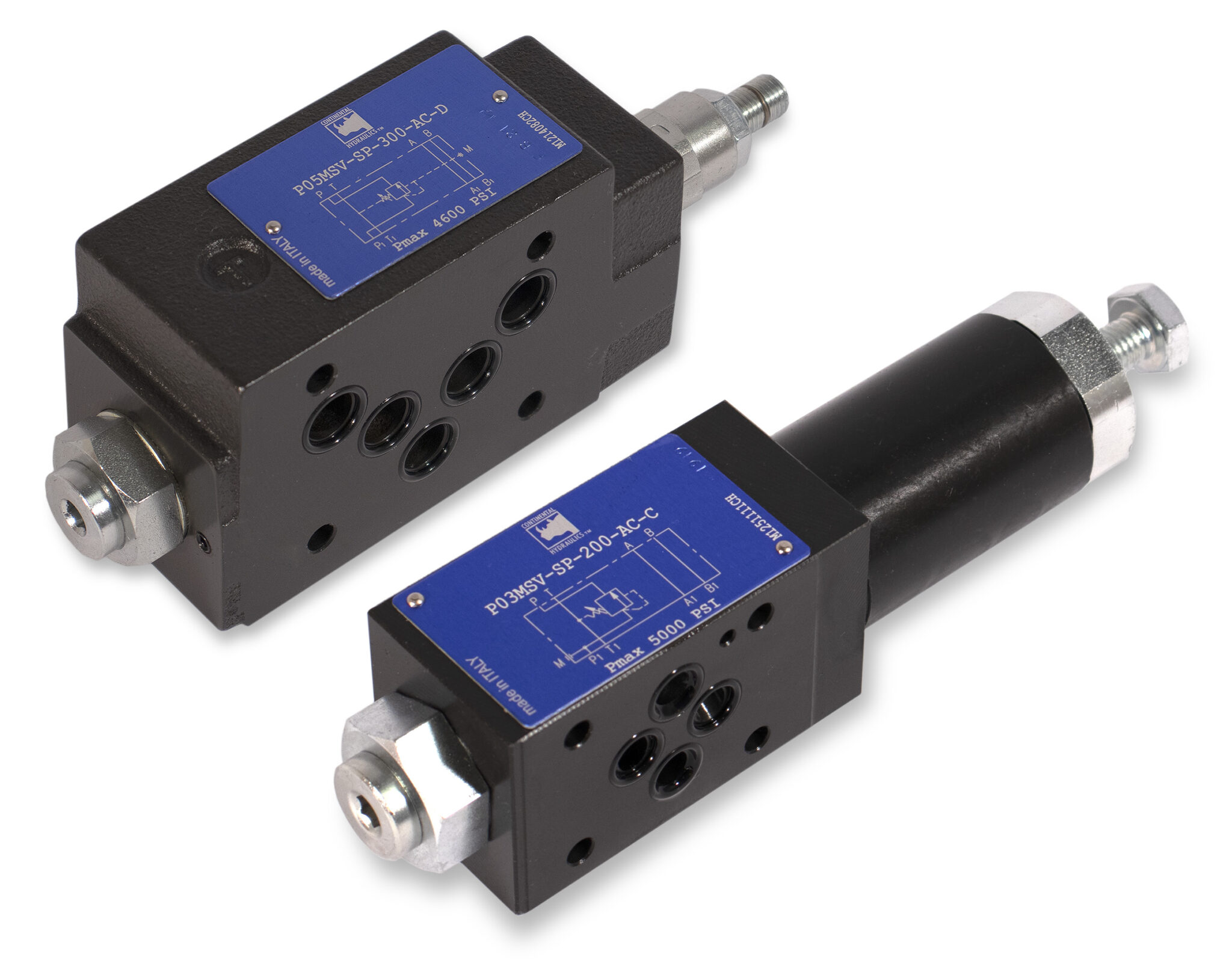 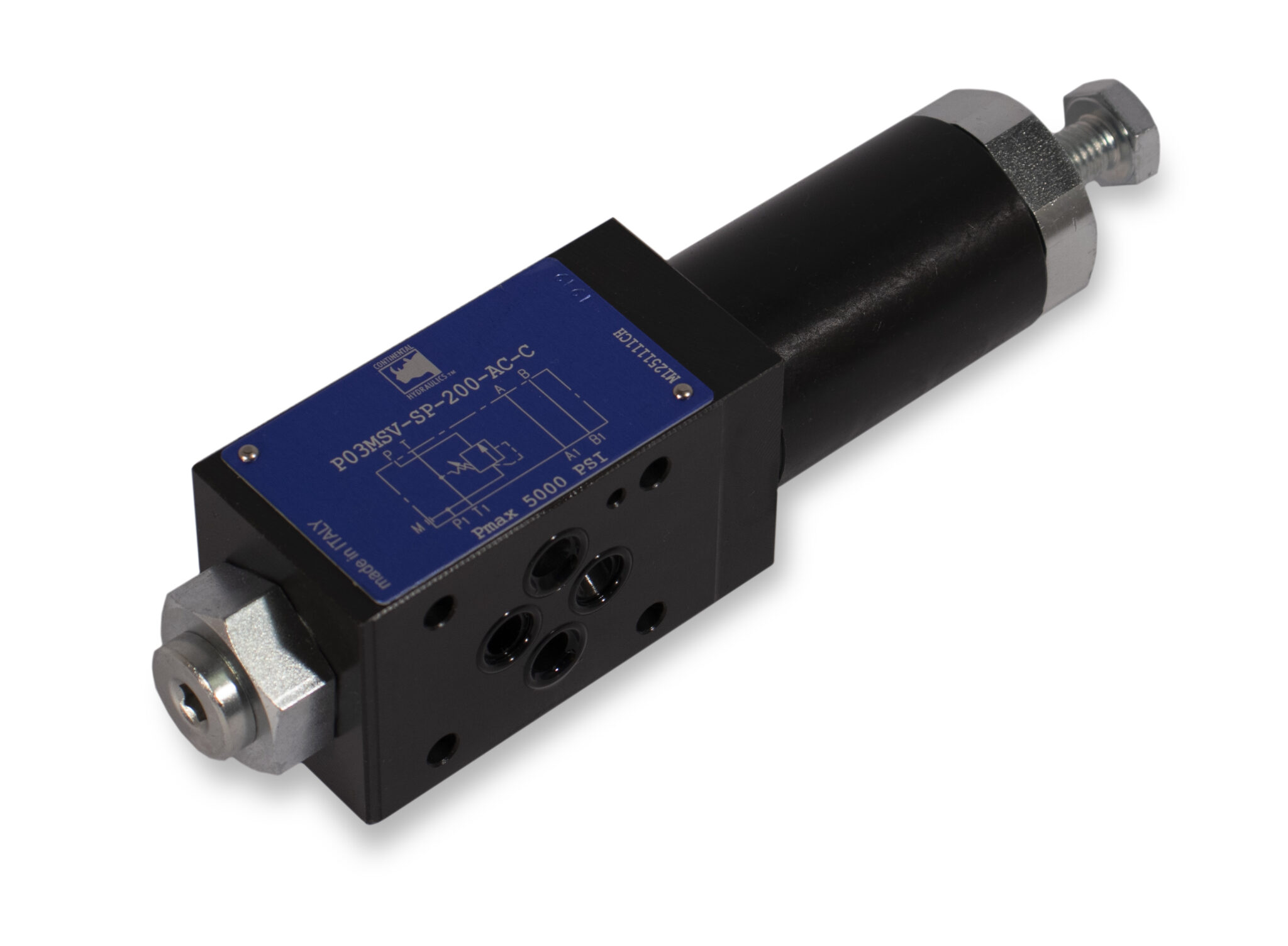 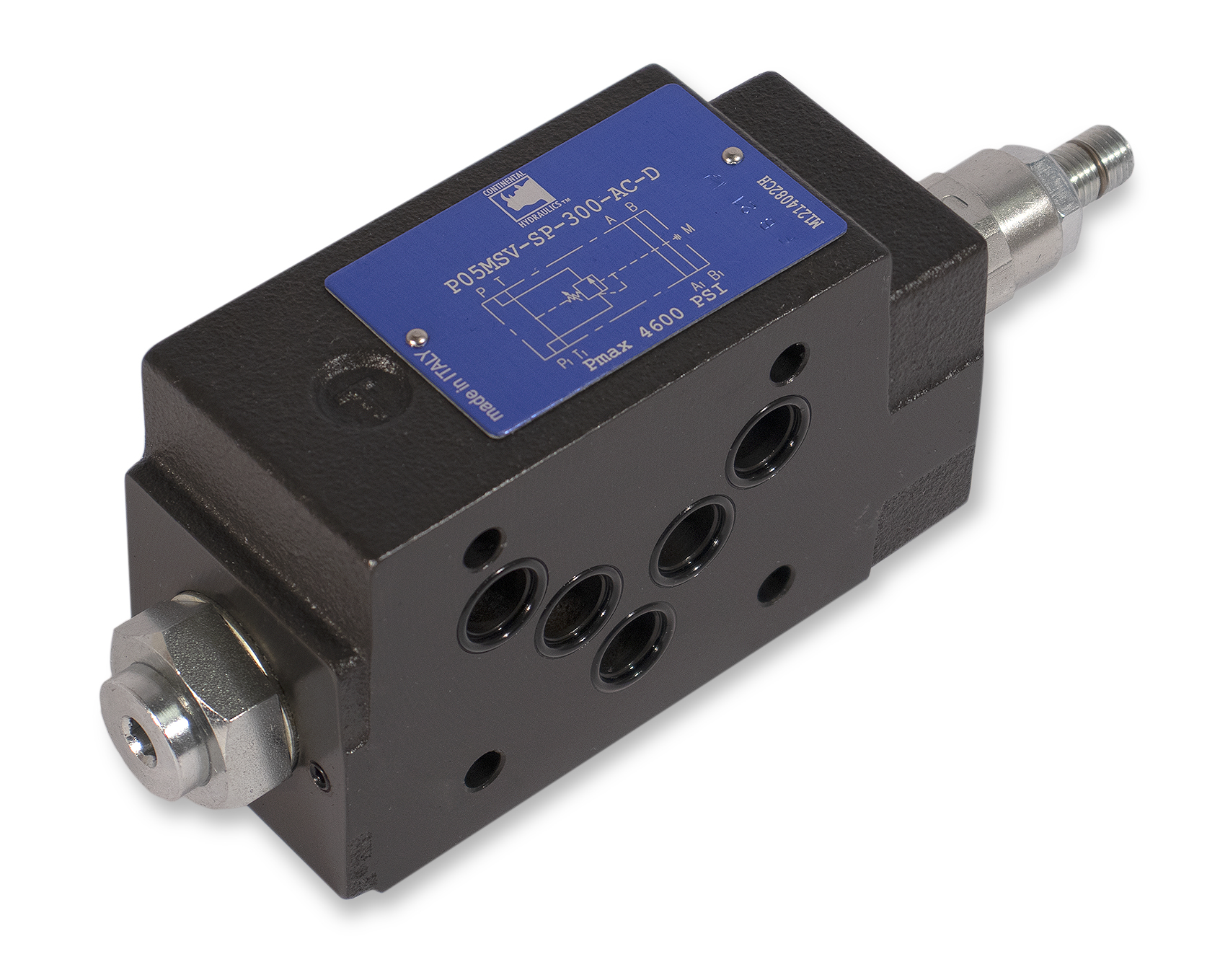 P03MSV-SP Valve
Direct operated sequence valve of the spool type and is used to control two or more actuators in succession. At rest position, it is normally closed and the spool is subject to pressure in line P1 on one side and to the adjustment screw on the other side. When the pressure in line P1 reaches the set value of the screw, the valve opens and allows passage of the fluid in the pressure line of the main circuit. The valve stays open until the pressure in the circuit drops below the calibrated value set by the spring. It is made as a modular version with ports according to NFPA D03/ISO4401-03 standards. It is normally supplied with a hexagonal head adjustment screw. It can be assembled in a stack with additional modular valves using suitable tie rods or bolts.

P05MSV-SP Valve
Direct operated spool type sequence valve and is used to control two or more actuators in succession. The mounting surface conforms to NFPA D05/ISO 4401-05 standards. It is normally closed at system pressures below the valve pressure setting. The line pressure, P1, acts on a small piston, which exerts force on one end of the spool. The adjustment spring acts on the other end of the spool opposing the piston force. The valve remains closed until the piston force exceeds the adjustment spring force. The valve will stay open until the pressure drops below the valve pressure setting. Typically, it mounts sandwiched between a directional control valve and a subplate/manifold. It can be assembled in a stack with additional modular valves using suitable tie rods of bolts. Versions with internal or external pilot are available. The version with external pilot includes a “X” port according to the NFPA D05 Alternative A/ISO 4401-05-05-0-05 mounting interface. It is normally supplied with a hex socket head adjustment screw and locknut. The maximum travel of the adjustment screw is limited.