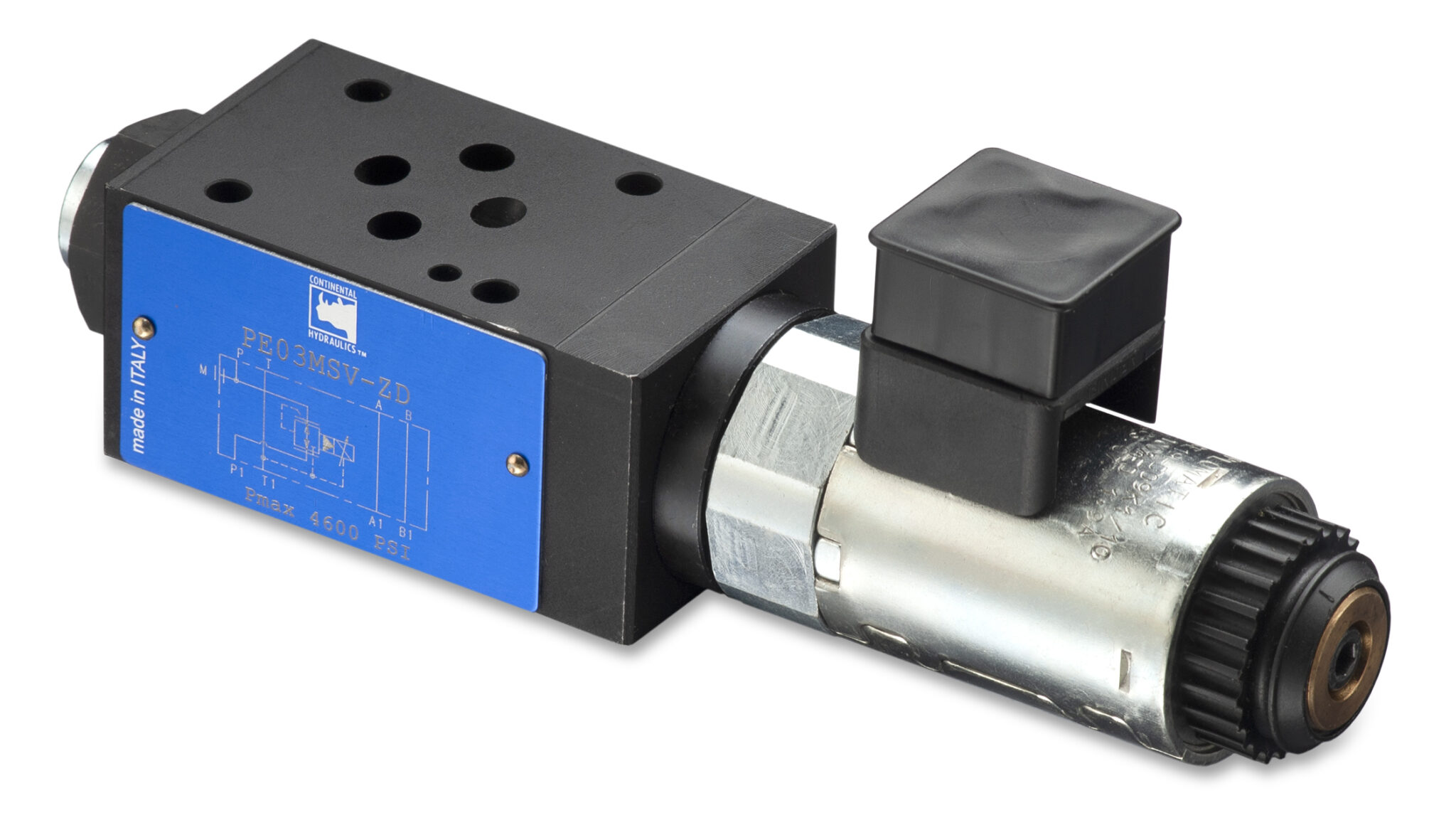 The VEP03MSV-PDRP is a D03 modular three-way proportional pressure reducing/relieving valve which conforms to NFPA D03 and ISO 4401 mounting standards.

The VEP05MSV-PDP is a D05 modular three-way proportional pressure reducing valve which conforms to NFPA D05 and ISO 4401 mounting standards.

These valves are designed to provide remote variable pressure control in the pressure port of a secondary circuit. The controlled pressure is proportional to the amount of current supplied to the solenoid.

As flow demands change, the valve opening will modulate to maintain the circuit pressure. In event of a loss in electrical power, the valve spool will return to the low-pressure condition.

The VEP03MSV-PDRP will also relieve the tank to vent a load induced pressure increase.

The proportional solenoids can be driven by a variable current power supply or by use of external Power Amplifier Cards designed to maximize the valve’s performance.